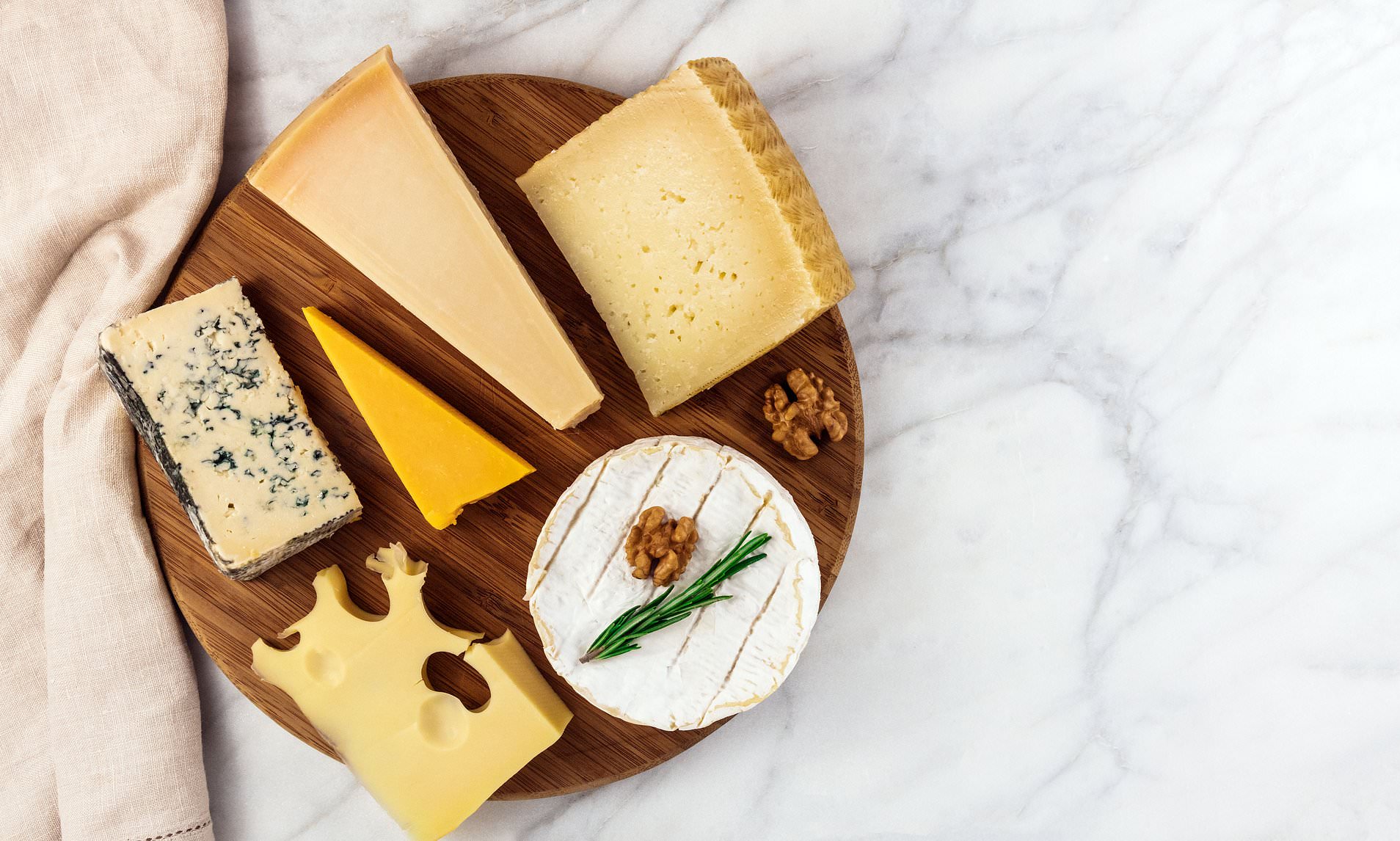 Harder cheeses have more calcium. Parmesan has 6-times the calcium as brie!

3. Where’s the flavor come from?

Cheeses distinct flavors come from how their different microbes break down the proteins and fats in milk. For example, the “goaty” flavor of goat’s milk cheese comes from bacteria that release the eight-chain fatty acid “caprylic acid.”

Bacteria on some cheeses come from the ocean. They thrive on the chitin in the exoskeletons of crabs and lobsters, hitch a ride on the sea salt used to treat the cheese, and then move onto the chitin-rich moulds within the cheese!

Louis Pasteur invented pasteurization, the process of heating dairy to kill bacteria, to prevent wine from spoiling into vinegar. Cheese was an afterthought.

Lactose (milk sugar) is dissolved in the water that’s in milk. Drying and aging removes the water, and the lactose, from cheese. If you’re lactose intolerant, you’ll do better with older harder cheeses.

While cow’s milk is only 3-4% fat, buffalo’s milk is 10% fat. That’s why buffalo mozzarella is so much richer. Having shared that, blue whale milk is upwards of 35% fat. Where can I get blue whale mozzarella, please?!

Domesticated cattle have a mutated form of casein protein can be broken down in our stomachs into an opioid that causes constipation and, maybe, cheese addiction (don’t laugh… I’m a sufferer)! Cheeses from non-cow sources (buffalo, goat, and sheep) don’t have this problem.

10. Diabetes to the rescue!

Rennet is a catchall term for the thing that coagulates milk from a liquid into cheese. Without rennet, there is no cheese. Rennet used to come from the fourth stomach of baby cows, but ethical pressures of the animal welfare movement made this socially unacceptable… cheese production was in trouble! However, while harvesting rennet from baby cows was becoming socially unacceptable, genetic modification was becoming acceptable thanks to the realization that genetically modified bacteria were the most efficient way to produce lifesaving insulin for diabetics. This set the stage for the invention of microbes that could produce rennet. These mutant microbes now supply 80% of the rennet used worldwide. So, in a way, diabetes saved cheese.