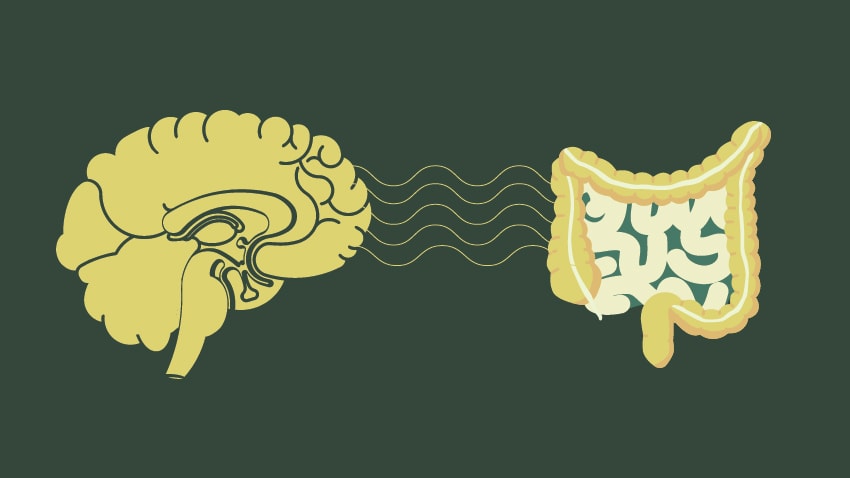 Parkinson’s disease is the second most common and fasting growing neurodegenerative disease worldwide. It’s classically characterized by its motor symptoms, like tremors and slowness of movement, but also causes non-motor symptoms like depression and tummy troubles. In fact, gastrointestinal upset is the earliest and most common complaint of people who, decades later, go onto develop Parkinson’s disease.

Some researchers think that Parkinson’s disease, as well as other neurological conditions, begin in the gut. The hypothesis goes as follows: There is a protein called α-synuclein. α-synuclein can misfold and become toxic in the gut. It can then travel up the vagus nerve, which runs like a channel between the gut and the brain, to deposit in the brain. There are also other ways that misfolded α-synuclein may migrate, but the important idea is that this misfolded and toxic α-synuclein protein has the ability to propagate like a virus from our guts to our brains.

Again, we can ask why? Why does α-synuclein misfold in the gut?

If the gut is the problem, could the gut be the solution?

A team of researchers from around the country recently showed that when they transplanted the gut bacteria from Parkinson’s patients or healthy controls into mice, the mice that received the Parkinson’s patients’ gut bacteria were far more likely to go onto develop Parkinson’s-like symptoms (https://www.ncbi.nlm.nih.gov/pubmed/27912057). This observation supports the conclusion that bacterial ecosystems we each harbor in our guts can predispose or protect us from neurological disease.

Now, I said the researchers “transplanted the gut bacteria” from patients to mice. This was an accurate euphuism. What they did is called a “fecal matter transplant” or FMT, which is exactly what its name suggests it is: a poo transplant!

Poop is more than just waste; it’s an incredibly valuable sample of our enormously complex gut ecosystems. It’s also a potential medicine. What if, rather than conducting FMTs to give mice Parkinson’s disease, we used samples from healthy people to treat or prevent Parkinson’s disease in our fellow human beings!

Such a poop prescription may not be far off and many doctors are advocating for its implementation. I for one hope that such simple and elegant FMTs – what I like to call “repoopulations” – will become routine practice in the coming years. So keep your fingers crossed and, if you’re healthy and willing, your legs uncrossed…