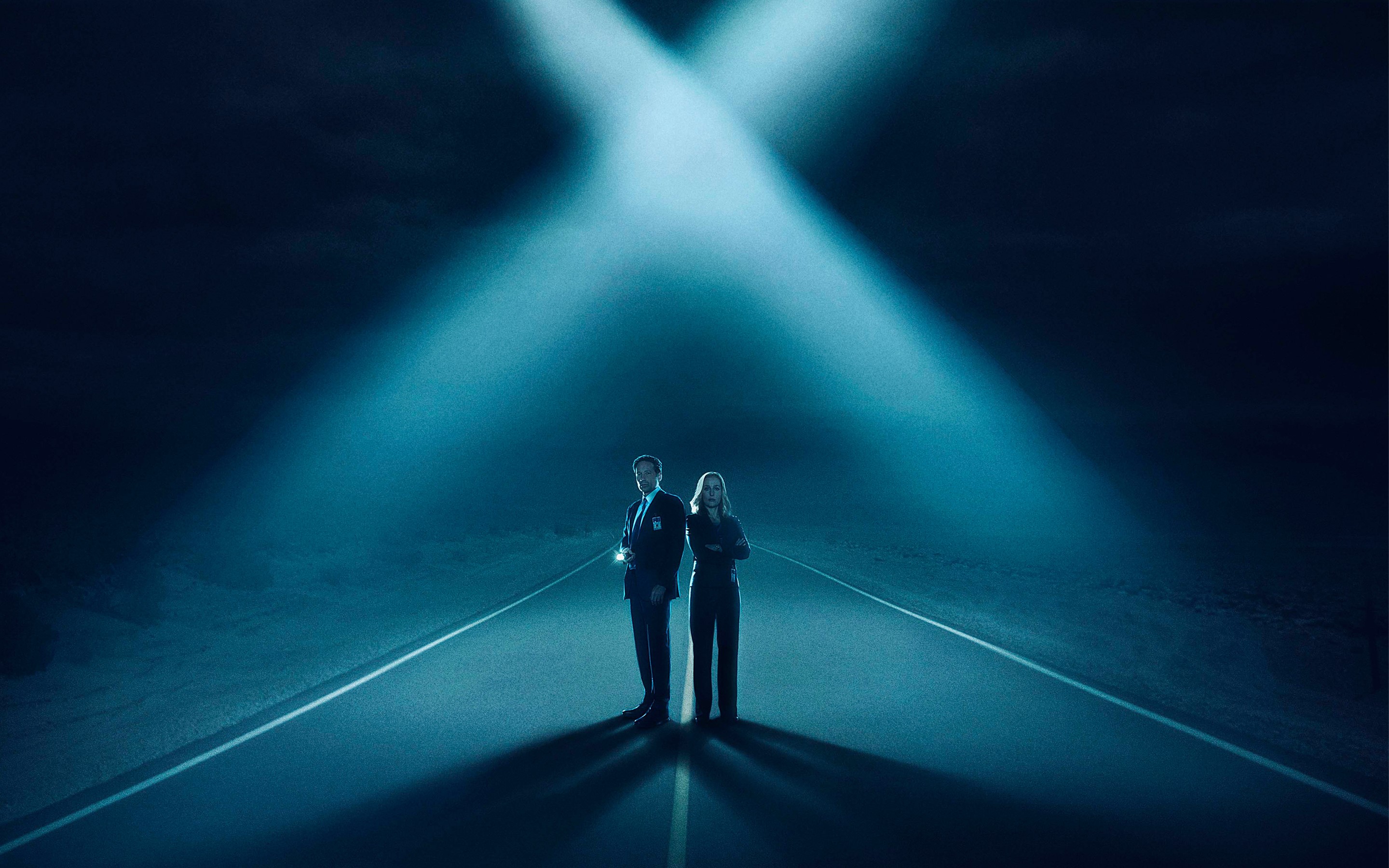 Test your skills with the case below:

A 55-year-old male presented to the emergency room for right inguinal region pain. The doctors were concerned about a hernia and ordered a cat scan. Below is a slice from the patient’s scan of the abdomen and pelvis (shown below). 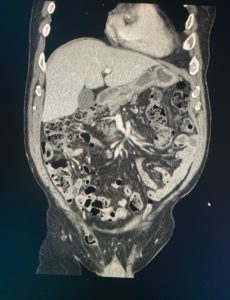 Do you see anything special about the right-sided hernia? 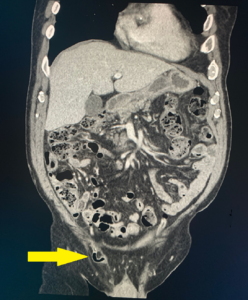 You can see there is what appears to be a gas-filled tubular structure in the right inguinal region, but there is something special about that structure – it is the appendix!  An Amyand hernia is a very rare form of inguinal hernia where the appendix is found within the hernia sac. It is an eponymous disease, named after the French surgeon Claudius Amyand who performed the first successful appendectomy in 1735.  Alternatively (and even more rare with an incidence of <1%), an appendix in a femoral hernia is referred to as a De Garengeot hernia, named after the Parisian surgeon Rene Jacques Croissant De Garengeot in 1731.

In this case, the patient was managed conservatively (without surgery) as there was no sign of acute appendicitis. The patient will likely need surgery down the line, however, to avoid future complications.