Sleep paralysis – what you need to know 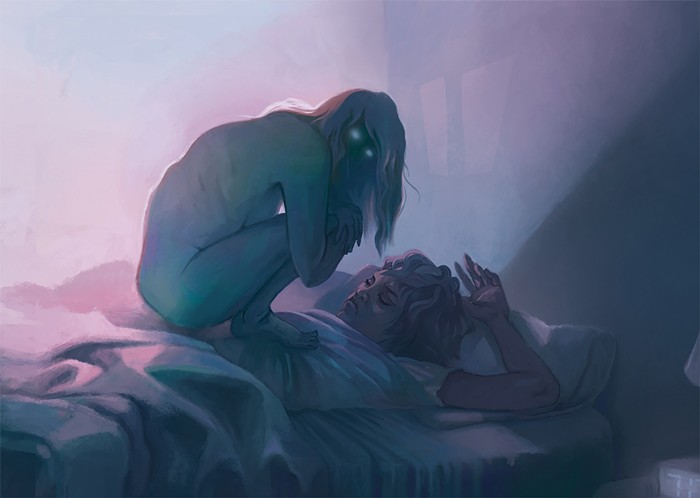 Imagine the following scenario: You wake up in the middle of the night. As you become more awake you notice two things: 1. You can’t move and 2. There is an eerie, dark presence close to you. You try to shake it off but nothing helps. The presence seems to be getting closer, and closer. It starts to suffocate you – you try to yell but nothing comes out. You try to move but you continue to be paralyzed. The breathing only gets more difficult. Fear grips you. Thoughts of death start to enter your mind. Finally it ends. You can finally breathe and move, but your heart is racing, your breath shallow. You still feel the “dark spirit” around you but it’s presence is fading. It’s unclear what just happened but it didn’t feel like a nightmare, it felt real. 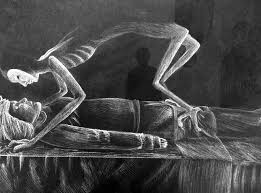 Luckily a Google search revealed that this is a somewhat common phenomenon called sleep paralysis. The above story was my personal experience with sleep paralysis. After my first, I had a few more episodes, but thankfully nothing for years now.

Sleep paralysis is not a recent phenomenon. First described by Dutch physician Isbrand Van Diembroeck, who wrote about the case of a woman “50 years of age, in good plight [health], strong,”  who was experiencing mysterious experiences at night. “When she was composing herself to sleep,” explains Van Diembroeck, “sometimes she believed the devil lay upon her and held her down, sometimes that she was [choked] by a great dog or thief lying upon her breast, so that she could hardly speak or [breathe], and when she endeavored to throw off the [burden], she was not able to stir her members.” 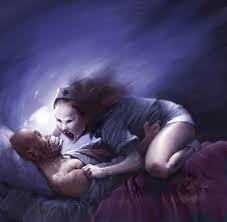 Likely, however, this parasomnia (sleep disorder) has been terrifying people since the dawn of mankind. In the past it would easily give rise to ghost stories and other paranormal/supernatural activity. Now, as researchers are learning about it more, it is defined as “a common, generally benign, parasomnia characterized by brief episodes of inability to move or speak combined with waking consciousness.”

Sleep paralysis can happen at any time during sleep but usually occurs a few hours after you fall asleep. Most commonly it is described as a person suddenly becoming alert, feeling paralyzed (unable to utter a sound either) as well as accompanied by terrifying hallucinations. There seem to be 3 main type of hallucinations. The most common is the sensation of a presence, in which the person feels the presence of an evil, threatening individual. The second is called the incubus hallucination. In this case a person might feel someone or something pressing down on their chest or abdomen, in essence trying to choke them. The third is called the vestibular-motor hallucination. During this hallucination it feels as though you are floating, flying, or having an out-of-body experience (the spirit or mind has left their body and is moving and observing events from above.)

The science behind it is pretty interesting but gives a logical explanation to a seemingly supernatural phenomenon. It occurs during the dream phase of sleep also known as the rapid eye movement (REM) phase. During this phase our muscles are paralyzed (this is done so we don’t act our dreams and end up hurting ourselves.) In sleep paralysis you awaken during REM, thus feeling paralyzed as well as still experiencing your dreams.

Despite increased research it’s still unclear why people get it or who is predisposed. Leading theories suggest it may happen more frequently in people with poor sleep hygiene but there is currently no clear evidence.

People that frequently experience sleep paralysis have used the following to help decrease the number of events they go through:

Some have even taken it a step further and have tried to encourage episodes of sleep paralysis. The thought is that once you’re used to it you can use it as a way to have out of body experiences. This is especially true for people with sleep paralysis where the hallucinations present as a feeling of floating.

One thing is for sure – the experience is scary, unique but interesting and in many ways liberating. As a famous Japanese proverb says, “Fear is only as deep as the mind allows.”