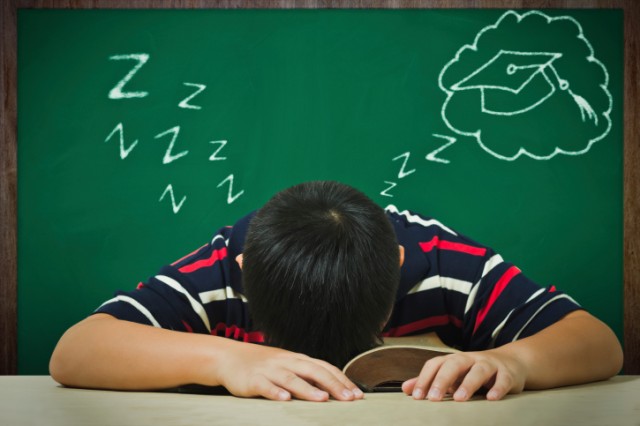 In news that will make many procrastinators and diligent students alike happy – scientists are reporting that there is now evidence that you can learn new information during sleep! While it has been known for a long time that getting a good night’s sleep helps to consolidate information you learned earlier in the day, this new study shows that brand new information can also be learned while you sleep!

Researchers at the University of Bern in Switzerland used Electroencephalograms (EEGs) – a machine that can record brain waves, to look at brainwave activity in 41 healthy male and female volunteers as they took a daytime nap and while they underwent subsequent memory tests.

During the nap, the volunteers wore headphones through which the researchers played recordings of numerous word pairs. One word was familiar while the other was a made up “foreign” word. For example, they paired the word “house” with the pseudoword “tofer.” After the nap, the volunteers were tested to see how well they remembered these associations.

Scientists found that the volunteers were able to learn these brand new words, if the word pairing happened while volunteers were in Slow-Wave sleep. While you may have heard of REM Sleep (phase of sleep in which we dream), Slow-Wave sleep is actually a form of Non-REM sleep that has been gathering a lot of attention lately. It is thought that in this slow-wave phase the body is able to repair and regrow tissue, build bone and muscle, strengthen the immune system, and now even learn new information.

If the word pair was repeated and if the second word was played during the active phase of Slow-Wave sleep, volunteers were able to learn this brand new association. Sleep is believed to strengthen the neural connections that form our memories.

Next time your parents catch you falling asleep while studying, tell them you were in Slow-Wave sleep and point them to this MDLingo article.