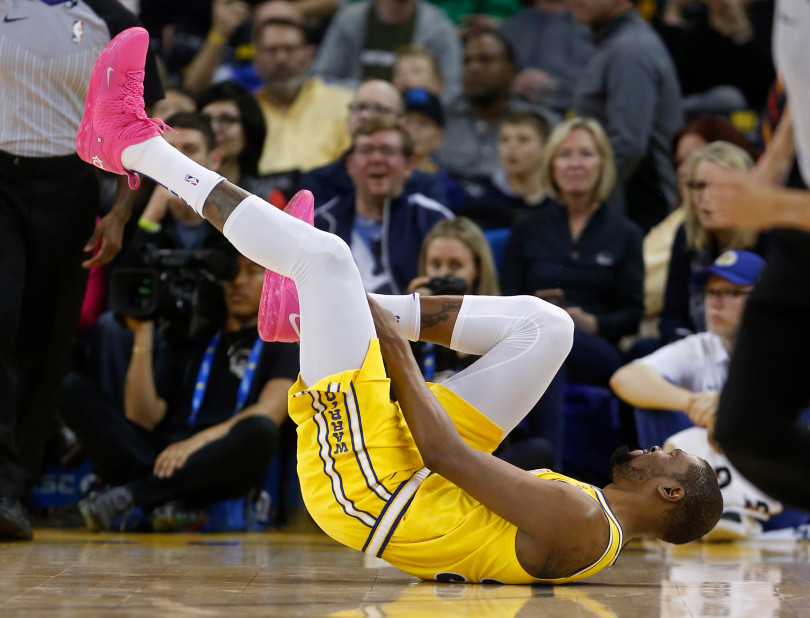 The Golden State Warriors have some power-house players, to say the least. The franchise has grown and players like Kevin Durant and Steph Curry are well known to even the most bandwagon basketball fans out there. That’s why this year’s NBA Finals left so many Warrior fans reeling. The Raptors, a team who had never won an NBA championship before, came out of the gate hard. With the Raptors leading 3-1 going into game 5, the Warriors were ready for a much needed-win. Late into the first half, however, Durant dribbled through a hard crossover and fell to the ground. While the Warriors ultimately went on to win Game 5, they later received some dreaded news: Durant had ruptured his right Achilles

The Achilles tendon is what allows basketball players to sprint down the court, dunk, jab step, and much more. It is the largest tendon in the body, and Achilles pain or injury can be devastating. Basketball players are at high risk for Achilles rupture. They are caused by shear forces on the Achilles tendon, such as a hard cut or crossover dribble. An Achilles tendon rupture usually comes along with a popping sensation and severe pain, but they can occasionally be painless! They most commonly occur in individuals who already overwork their Achilles tendon (such as a title-winning Golden State Warrior). Athletes are generally at the greatest risk, with sprinters, soccer players, basketball players, and hockey players having some of the highest rates of Achilles rupture. However, certain medications like fluoroquinolone antibiotics and steroids can also put you at greater risk of tendon rupture. Things like adding a dynamic warm up to your work-out routine and avoiding cold weather training can decrease your risk of Achilles tendon trouble!

Most people who have an Achilles tendon rupture will require surgical repair. Kevin Durant himself had surgery, posting a photo shortly after to document his recovery. Unfortunately for KD, recovery often takes three to six months, and it may take even longer for Durant to feel like his old self on the court again (as he likely won’t play all of next season.) While I’m a Celtics fan at heart, I’m hoping KD can make the full recovery he needs, and wish him the best of luck as he recovers!