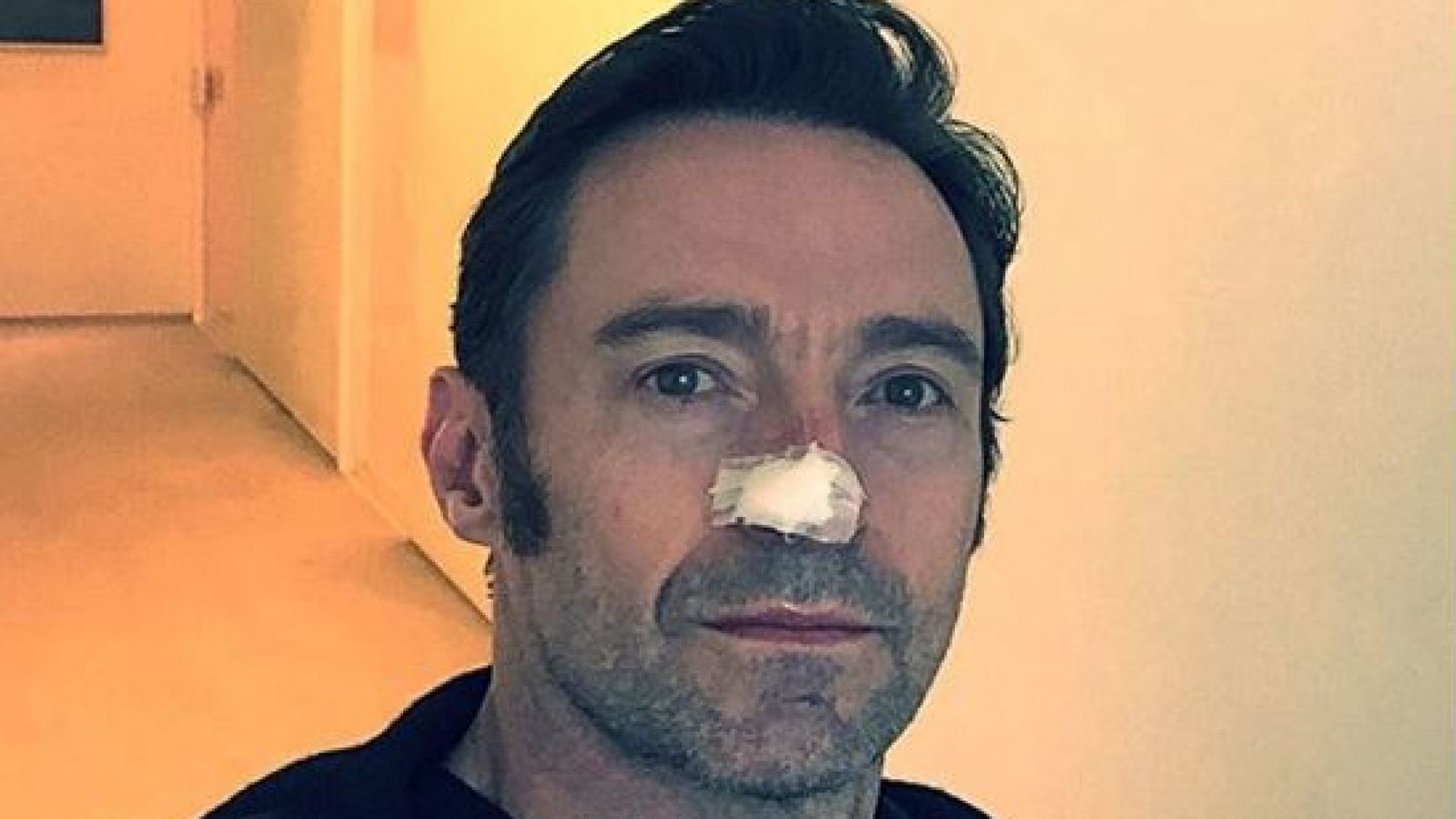 Hugh Jackman the actor most famous for his role in the X- Men films portraying the Wolverine has been vocal about the use of sunscreen and limiting exposure to sun since starting his battle with skin cancer. He has now had at least SIX surgeries to remove recurring skin cancer. Although he now routinely warns others on Instagram and social media about the dangers of skin cancer, the Hollywood star had his first basal cell cancer removed in 2013 only after his wife forced him to get a mole checked out. (Listen to your wives fellas)

Are All Skin Cancers the Same?

More specifically he has a type of skin cancer called Basal Cell Carcinoma (BCC). He now gets checkups at least every three months, and has launched a range of sunscreens for children.

Basal cell carcinoma is a skin cancer which usually develops in the outermost layer of the skin, known as the epidermis. It is the most common type of skin cancer and accounts for 75 percent of all skin cancers with over 4 MILLION new cases diagnosed in the U.S. each year.

It is usually found on the skin exposed to the sun, such as the face, shoulders, hands, ears, upper chest and back. Often,lesions look like open sores, red patches, pink growths, shiny bumps, or scars. Anyone with a history of sun exposure can develop BCC. However, people who are at highest risk have fair skin, blonde or red hair, and blue, green, or grey eyes and of course lots of sun exposure.

The one good thing about basal cell carcinoma is that it often doesn’t metastasize (spread to the rest of the body). Melanoma – another very common type of skin cancer –  on the other hand often does spread to other parts of the body including the brain and can even be deadly.

Still basal cell carcinoma is not something to be taken lightly. Once you’ve been diagnosed with BCC, it is likely that you’ll develop others over time leading to more surgeries and possibly even disfiguration of the nose or face from removing the tumors.

Surgery remains the most common treatment. It involves the removal of the cancerous tumour and the skin that surrounds it. Depending on the size and extent of the cancer being removed there may be a large area of your nose, eyelid, or other part of your face missing that may then require cosmetic reconstructive surgery afterwards.

Although surgery is still the main treatment, there are other treatments available including radiotherapy, anti-cancer creams, freezing and a light treatment called photodynamic therapy (PDT).

The different types of skin cancer are summarized in the chart below: 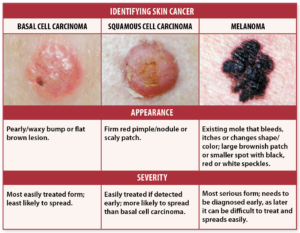 Do men get skin cancer more than women?

According to the CDC, there are a few reasons men need to be especially on high alert for skin cancer. For starters – men tend to get more sun exposure than women. Men are more likely to work outdoors and spend more time outside.. Also, women’s personal care products including moisturizer and makeup often have some SPF sunscreen protection in them. Men also have been shown in surveys to much less frequently use sunscreen on their face and body than women.

Can Skin Cancer Be Prevented?

To help prevent basal cell carcinoma people are recommended to avoid being exposed to UV light and sunbeds, and reducing your risk of sunburn by avoiding the sun and using sun tan lotion. You should check your skin regularly or even have a partner check parts of your body that are difficult for you to see (such as your back), as an early diagnosis can really help improve your chance of a successful treatment.

So try to stay out of the sun but when you are use lots of sunscreen and cover up!