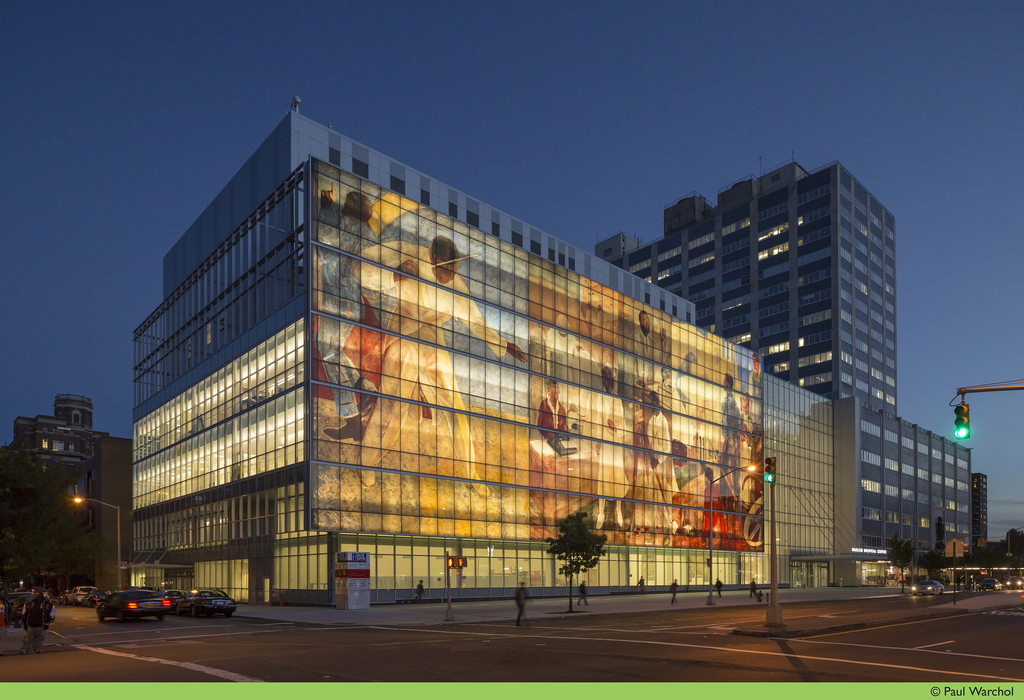 The Mural Pavilion located on Lenox Avenue between 135th and 136th streets is Harlem Hospital’s new $325 million wing. It was designed by architectural firm Hellmuth, Obata + Kassabaum, Inc. The facade of the new pavilion is a block-long glass reproduction of some of the murals which is lit up at night. Three of the murals are digitally enlarged across the building’s 12,000-square-foot glass facade. These color images — printed on the glass using ceramic ink — are a city block long and five stories high!

While the outside is striking in itself it also houses a public art gallery that features historic murals commissioned by the Works Progress Administration Federal Arts Project. Harlem Hospital was the first WPA commission for African-American artists.

The murals have been in the hospital for more than 70 years although over the years some were damaged by fire and water. Out of the eight murals that were created five still remain. Works such as “Pursuit of Happiness” by Vertis C. Hayes, “Magic in Medicine” and “Modern Medicine” by Charles H. Alston and “Modern Surgery and Anesthesia” by Alfred D. Crimi have been fully restored and are on display. The significant “Recreation in Harlem” by Georgette Seabrooke, is on display while it continues to be fully restored.