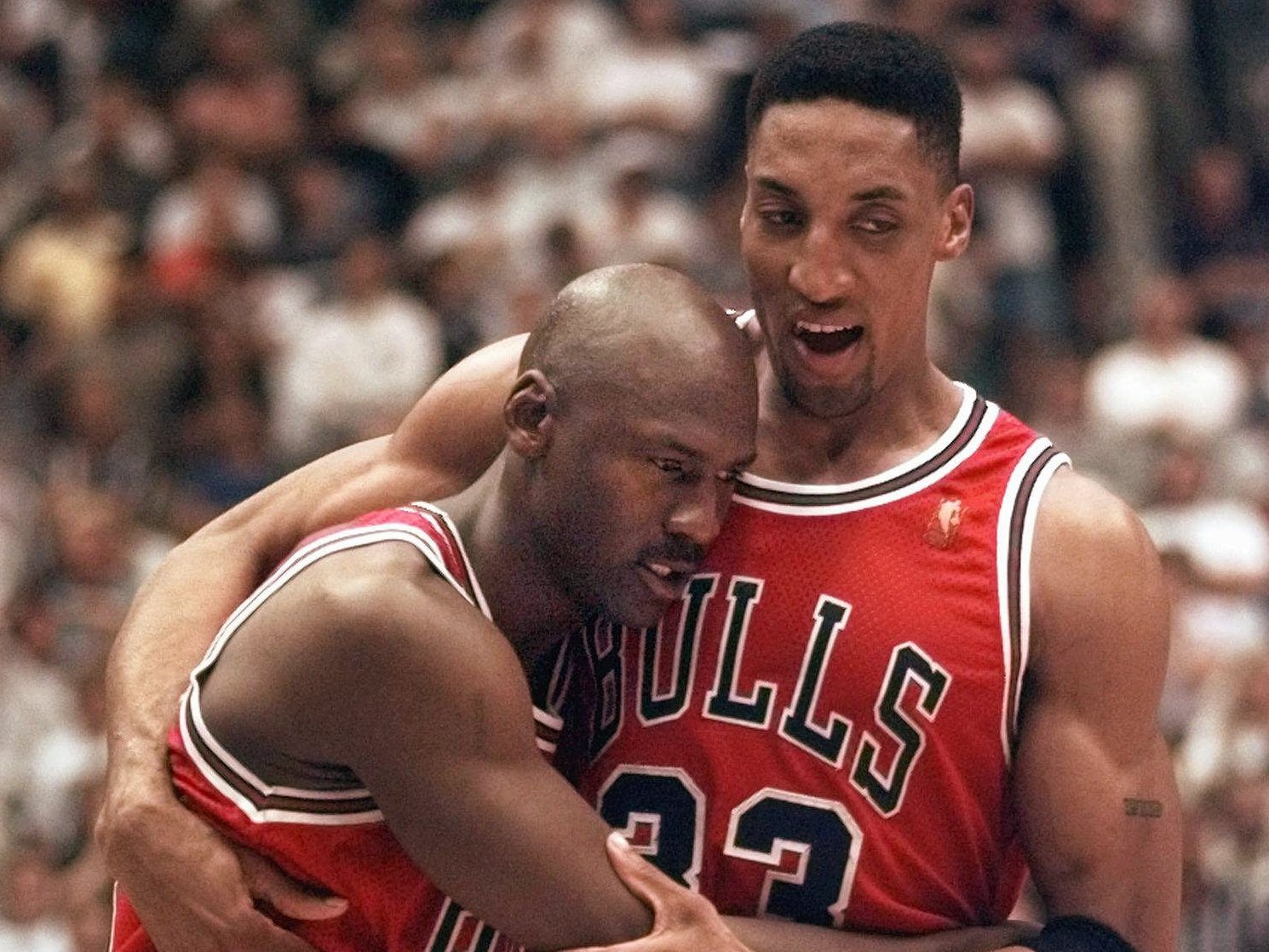 There are enough iconic Jordan games that everyone has their own favorite. Not surprising when we’re talking about the greatest of all time (personal opinion – 90’s kid). Whether it’s his “final shot” in Utah to take home his 6th ring or the 63 points he put up against the Celtics in his second season – you can have your pick. Unsurprisingly at MDLingo one of our favorites is the flu game. Now more than 20 years later we’ll reexamine the circumstances and see if with the additional 2 decades of medical knowledge and innovation if we would’ve done anything different to help “his Airness.”

The infamous date is June 11, 1997. The circumstances are as follows: the Bulls are tied 2 – 2 with the formidable Utah Jazz in the 1997 NBA finals. The Jazz have all the momentum winning the last 2 games on the Chicago home court, moreover they are playing game 5 in Utah. On their drive to this pivotal game 5 was already heralded by some as the moment when Jordan would fail. Fans around the globe were treated to another surprise when shortly before tip off it was announced that Jordan was suffering from “flu-like symptoms” and was so sick that he might not play in the game. Of course the game ended with Jordan not only playing but also dominating. Despite being visibly affected he played 44 minutes and scored 38 points, while only enlarging his larger than life legend.

While originally thought that Jordan was suffering from flu as time passed new information became public. The official story now is that Jordan was hit with a bad case of food poisoning. Conspiracy theories, however, abound with the most popular being that Jordan was actually hungover during the game. In 2013 Jordan’s former trainer Tim Grover who was present during all of the events – revealed what he thought the culprit was – a tainted pizza.  In his own words:

“So we order a pizza, they come to deliver it, five guys come to deliver this pizza. And I’m just … I take the pizza, and I tell them, I said, ‘I got a bad feeling about this.’ I said, ‘I just got a bad feeling about this.’ Out of everybody in the room, he was the only one that ate. Nobody else … then 2 o’clock in the morning, I get a call to my room. I come to the room, he’s curled up, he’s curled up in the fetal position. We’re looking at him. We’re finding the team physician at that time. And immediately I said, ‘It’s food poisoning.’ Guaranteed. Not the flu.” -Tim Grover, Chicago Sun Times April 18, 2013

Regardless of what you believe the real story to be – the flu, food poisoning, or being hung over – either could’ve caused severe dehydration causing Jordan to faint. In later interviews he did admit to almost passing out on the court several times throughout the game. Additionally Jordan could’ve caused (reversible) kidney damage as your kidneys often take a hit when people exert themselves while dehydrated. Below we’ll examine all 3 of the most popular theories; flu, food poisoning and hangover.

Flu (influenza) is a contagious respiratory illness caused by the influenza virus. It infects the nose, throat, and sometimes the lungs. Flu can cause mild to severe illness (including death). Flu is more severe than a regular cold. It usually comes on suddenly and is associated with the following symptoms: fever (although not everyone has a fever), cough, sore throat, runny or stuffy nose, body aches, headache, chills, fatigue, sometimes diarrhea and vomiting. Usually symptoms begin 2 days after exposure and can last anywhere from 1 to 4 days. Flu is also highly contagious. Comparing this to Jordan’s symptoms and the fact that they only lasted close to 1 day, it is unlikely it was flu. He didn’t have many of the tell tale signs including fever, congestion, runny nose. Moreover nobody else got sick despite the flu being highly contagious and the team sharing tight quarters. Regardless treatment has not changed much over the last 20 years. Treatment is still mostly supportive (meaning TLC with hot tea, rest, mom’s love) although there have been antivirals developed that if taken early enough can help shorten the amount of time symptoms last.

Food poisoning, sometimes also known as gastroenteritis, is illness caused by eating contaminated food. Infectious organisms — including bacteria, viruses and parasites — or their toxins are the most common causes of food poisoning. Symptoms can start within hours of eating contaminated food and often include nausea, vomiting or diarrhea. Other common symptoms include abdominal pain and cramps and low grade fevers. Symptoms often start within hours after eating the contaminated food. They generally last from a few hours to several days. Other than being able to more easily identify the bugs responsible and developing better antibiotics not much has changed in terms of treatment. Often the main treatment is hydration – lot’s and lot’s of fluids and rest! There are cases where antibiotics can help but this is rare. Rarely people need to go to the hospital. Given the story – including a shady pizza delivery, a pizza only eaten by Jordan – the quick onset of his symptoms after eating the pizza as well the symptoms themselves, food poisoning was likely the culprit.

Hangovers – many of us became familiar with the term in college. But for those that are uninitiated – it is a group of symptoms that usually begin when the blood alcohol content drops significantly and is at or near zero (Usually in full effect the morning after a night of heavy drinking). The most common symptoms include fatigue, weakness, excessive thirst and dry mouth, headaches and muscle aches, nausea, vomiting or stomach pain, poor or decreased sleep, and increased sensitivity to light and sound. There are several reasons why hangovers occur after drinking. Alcohol causes your body to produce more urine which leads to dehydration. Dehydration can cause many of the symptoms listed above. Additionally alcohol is known to drop blood sugar, trigger inflammatory response in the immune system, and irritate the stomach lining (abdominal pain, nausea or vomiting). Another ingredient alcoholic beverages contain is called congeners. They give many types of alcoholic beverages their flavor and can contribute to hangovers. They are found in larger amounts in dark liquors, such as brandy and bourbon, than in clear liquors, such as vodka and gin. Congeners are known to more likely produce a hangover or increase the severity of a hangover although drinking too much of any alcohol (regardless of color) can still give you a hangover. Much like the previous 2 causes treatment is similar. Hydration, hydration, hydration.

Personally given his combination of symptoms and how long they lasted we think it really was a bad case of food poisoning. (We won’t comment on whether it was the pizza). Regardless of which theory is true playing a professional basketball game while sick is beyond words. All 3 causes will severely dehydrate you apart from just feeling nauseated and weak. Although it’s unclear what treatment if any Jordan received, if we were his doctors and knew he was hell bent on playing we would’ve pushed for the following: Prior to the game we would’ve given anti nausea, antidiarrheal medications (i.e. Zofran) and pushed for IV fluids. IV fluids are a quick, and safe way of rehydrating someone. A 1L bag can go in, in as little as 15 minutes. For an athlete who needs to be at his peak we would’ve probably recommended a 1 L bag before the game as well as one or two during halftime. Maybe he would have scored 50…

Most people have to call out from work, some end up in the emergency room where they get IV fluids, one dominated an NBA finals game.