Mooooving Forward: Is Red Meat Really Bad for Your Health? 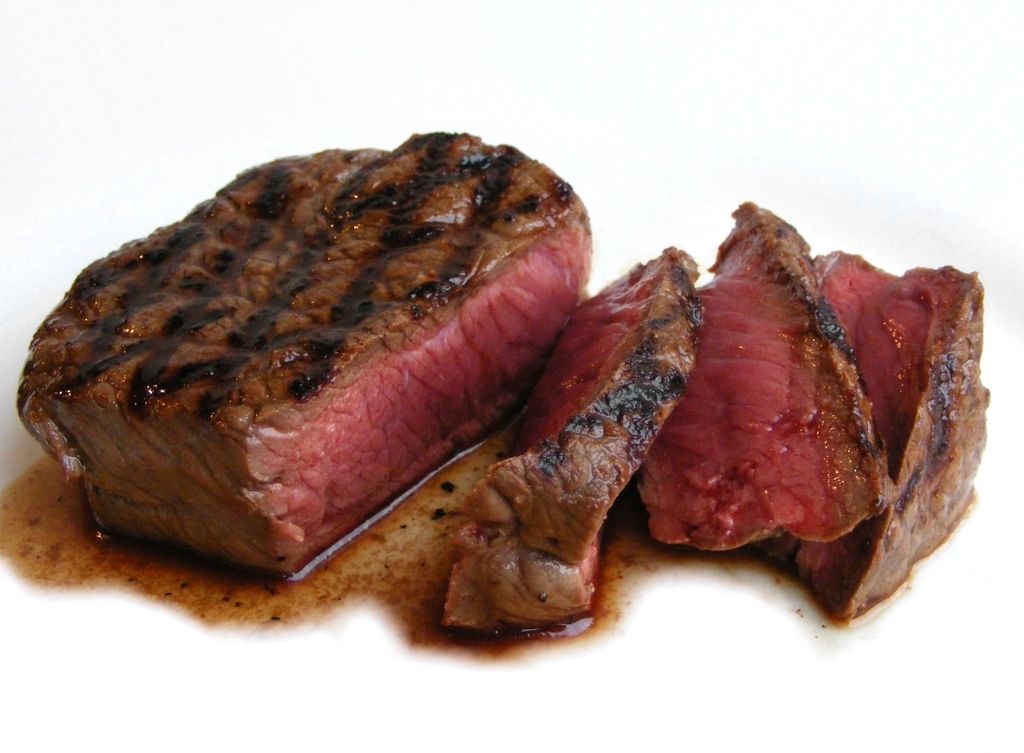 “Red meat is bad for your health.” It’s common knowledge. Then again, common knowledge is often wrong. Inspired by the obesity epidemic and backed by a critical assessment of old and new research, there is a growing body of doctors and scientists who believe that red meat and saturated animal fats may not be so bad for your health after all. This is a longish one, but bear with me; it’s a fascinating story!

To begin, let’s take a look back at the history and data behind why most of us believe red meat and saturated fat will send us to an early grave. It all started with a man by the name of Ancel Keys who, in 1957, conducted the landmark Seven Countries Study to test his lipid heart hypothesis that saturated fat and cholesterol consumption cause heart disease. The Seven Countries Study was an observational (epidemiological) study in which Keys compared rates of dietary fat consumption and heart disease across seven countries of his choosing. Indeed, he observed an association between dietary fat intake and heart disease (A).

However, there is a problem with this sort of observational study: it often gives rise to false conclusions (read more here:

This is particularly true in nutrition for several reasons. First, observational nutrition studies usually rely on food frequency questionnaires, which are comically inaccurate. If I were to ask you, “how many cups of red meat did you eat in the last year?” do you think you could give me an accurate answer? Second, they observe correlations between variables that may not be directly related. There is an excellent correlation between margarine intake and divorce rates in Maine, but that doesn’t mean margarine causes divorce (see more examples here: https://www.tylervigen.com/spurious-correlations). And, third, they can be easily biased by confounding variables. While it’s true that in today’s America red meat consumption correlates with heart disease, that may be because those who eat more red meat are also more likely to smoke, live sedentary lifestyles, and otherwise ignore standard medical advice.

As it happens, a look back at the data available to Ancel Keys reveals that the relationship he observed between fat intake and heart disease was likewise misleading. It appears that Keys cherry picked the seven countries in his study because of their known rates of heart disease, rather than letting the data speak for themselves. In fact, when one looks back at the full set of data available in 1957 from 22 countries (rather than seven), the results become insignificant (B). For example, despite eating a high proportion of calories from fat and saturated fat, countries like Norway, Demark, and Sweden, had almost half the rates of cardiac-related deaths as compared to countries that ate much less fat. Furthermore, a recent repeat of Keys’ study that included 41 European countries found that more saturated fat intake was actually associated with fewer cardiac deaths (C). Whether or not Keys was intentionally biasing his data to fit his hypothesis, I certainly wouldn’t place my confidence in his results.

And yet, Keys’ famous study laid the foundation for the current USDA dietary guidelines and is one major reason the 21st century general public is beef-o-phobic. Now, I don’t have the time or space to give a comprehensive explanation of how the Seven Countries Study, nutrition politics, and industry together propelled Keys’ dubious lipid heart hypothesis into the common knowledge base. However, I would like to give some particularly shocking examples of how hard it is to overturn common knowledge. Initiated in 1973, the Minnesota Coronary Study was the most rigorous test of Keys’ hypothesis conducted in the 20th century. It included 9,000 people split into two groups (a low and a high saturated fat group) who were kept in an institution and provided with highly controlled meals. The low saturated fat group received a diet that included 9% saturated fat, which is in line with current USDA dietary guidelines, and the high saturated fat group received a diet that included 18% saturated fat. However, when the study was completed 5 years later, the results weren’t published and remained unpublished for almost 20 years! Why? Well, when the principal investigator of the study was finally asked why the results, which showed no difference in cardiac events between the groups, had been suppressed, he replied, “We were disappointed in the way the results turned out.” (Please, take a moment now to fix your dropped jaw.)

Unfortunately, the treatment of the Minnesota Coronary Study is nothing special. Good data is often suppressed by scientific dogma. In fact, it’s worth noting that all six of the most recent meta-analyses of randomized controlled trials investigating the relationship between saturated fat and cardiac health (Ramsden et al. 2013, Schwingshackl et al. 2014, Harcombe et al., 2015, Hooper et al., 2015, Ramsden et al. 2016, and Hamley et al. 2017) show that saturated fat intake alone does not affect cardiovascular outcomes. And, even though a meta-analysis of randomized controlled trials is the strongest sort of scientific evidence, indeed far stronger than observational studies like the Seven Countries Study, these reports get almost no coverage in the popular press because they contradict what is “known.”

Conversely, weak data are distorted and magnified to appear to support the status quo. Here’s a fun example: back in 1984 a study was conducted on 3,800 men with pre-existing elevated cholesterol in which half were put on a low-fat low-cholesterol diet and given a cholesterol lowering drug and the other half were controls. After 10 years, the study observed a 0.15% higher rate of death in the control group. In other words, if the study included 1,000 people (specifically men with high cholesterol) split into two groups, the diet and drug combination would have saved less than one life over an entire decade. Nevertheless, this study was the basis for the famous March 26, 1984 Time magazine cover showing a bacon and eggs sad face that labelled cholesterol a killer. If it weren’t for the fact that popular media’s coverage of science determines the public’s understanding of health and health policy, I’d find the distortion comical. 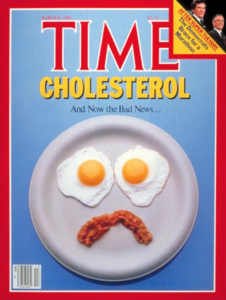 All in all, this means that science (particularly nutrition science) can get stuck in ruts. But the good news is that the best data wins out in the end and, perhaps, we are at a turning point with respect to our understanding of red meat and health. If you’re interested and open to learning more about the politics and history of nutrition science and the standard nutrition guidelines, I strongly recommend starting by listening to Dr. Peter Attia’s lecture on ‘Readdressing the Dietary Guidelines’ (https://www.youtube.com/watch?v=nhzV-J1h0do) and  journalist Nina Teicholz’s lecture on ‘Red Meat and Health’ (https://www.youtube.com/watch?v=L9ZLJI-1ifs), which echo and elaborate upon everything you have just read.

To be clear, all this is not to say that you should go out right now and buy a hamburger. In fact, I myself choose not to eat red muscle meat for non-nutritional reasons. Furthermore, nutrition is extremely personal, the quality of the meat matters (grass-fed beef is more nutritious than grain-fed beef because it has a much better omega-3 to omega-6 fat ratio), and context is critical (your body will process the saturated fat in a steak very differently if you eat it with potatoes versus if you eat it with broccoli).

I’m not trying to make you a carnivore. I have my biases and my perspective may be wrong on this matter. I’m merely echoing the spirit of Arthur Kornberg, winner of the 1959 Nobel Prize in Physiology or Medicine, who famously said, “Half of what we know is wrong, the purpose of science is to determine which half.” Since the current health guidelines are obviously not working –in fact, they seem to be making the obesity crisis worse– it’s important that we at least feel comfortable challenging the common knowledge for the sake of our health and that of future generations.