Ketones – Water on the Fire of Chronic Disease 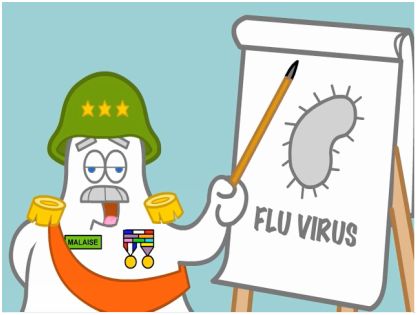 And, just like an army, our immune system has its military generals. One of these generals is called “the NLRP3 inflammasome,” but I’ll just call him “General N.” Unfortunately, our modern diets and stressful lifestyles have made General N a little too trigger happy, leading him to erroneously and continuously direct the soldiers under his command (white blood cells) to go remain on the offensive on our home turf. The result is what doctors and scientists refer to as “chronic inflammation,” a metabolic state known to play an important part in the development of almost all chronic diseases, such as obesity, diabetes, heart disease, multiple sclerosis, osteoporosis, inflammatory bowel disease, and Alzheimer’s disease.

Research published in the prestigious journal Nature Medicine suggests that ketone bodies, biomolecules made by our liver during fasting or when someone is on a ketogenic diet, block General N’s orders and, thereby, protects you from the disease-causing toxic effects of chronic inflammation! What’s more, the researchers were able to show, in mice, that a ketone supplement, such as those that are now available to you on the public market, was able to override the General N’s command and decrease markers of inflammation.